Our customer support team is here to answer any of your questions. Ask us anything!
👋 Hi, how can we help you?

Would You Like to Learn the EASIEST Way to Calculate the Calories in your Meals?

Come master the only "Error Proof" method that ensures you achieve your fitness goals on Nigerian meals!

I'll be breaking down the behind the scene process I personally use to create low-calorie Naija meals that get my clients jaw-dropping RESULTS! 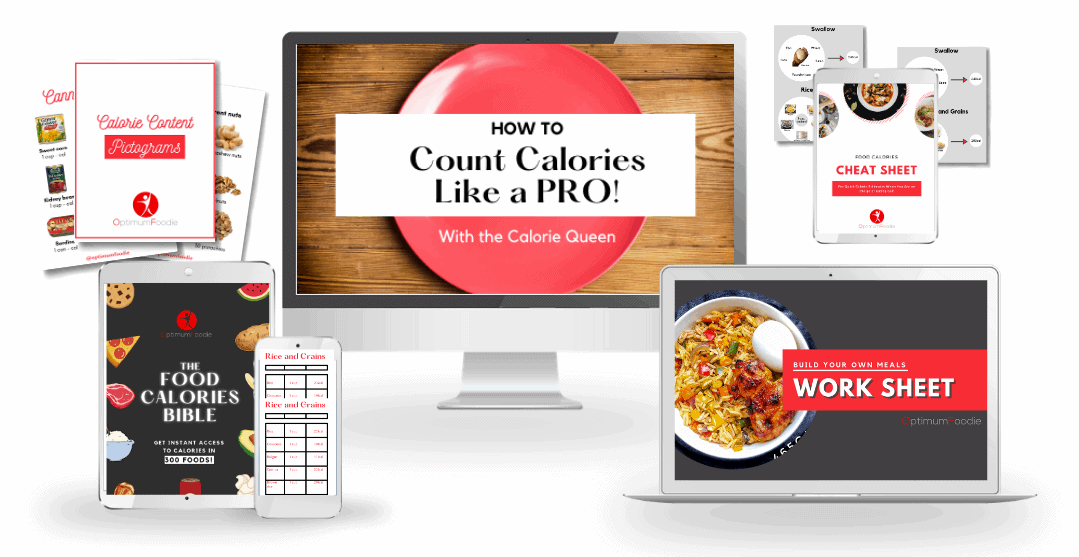 In This Master Class I’ll be Showing You My simple step-by-step approach to consistently get fitness results till you reach your goals. 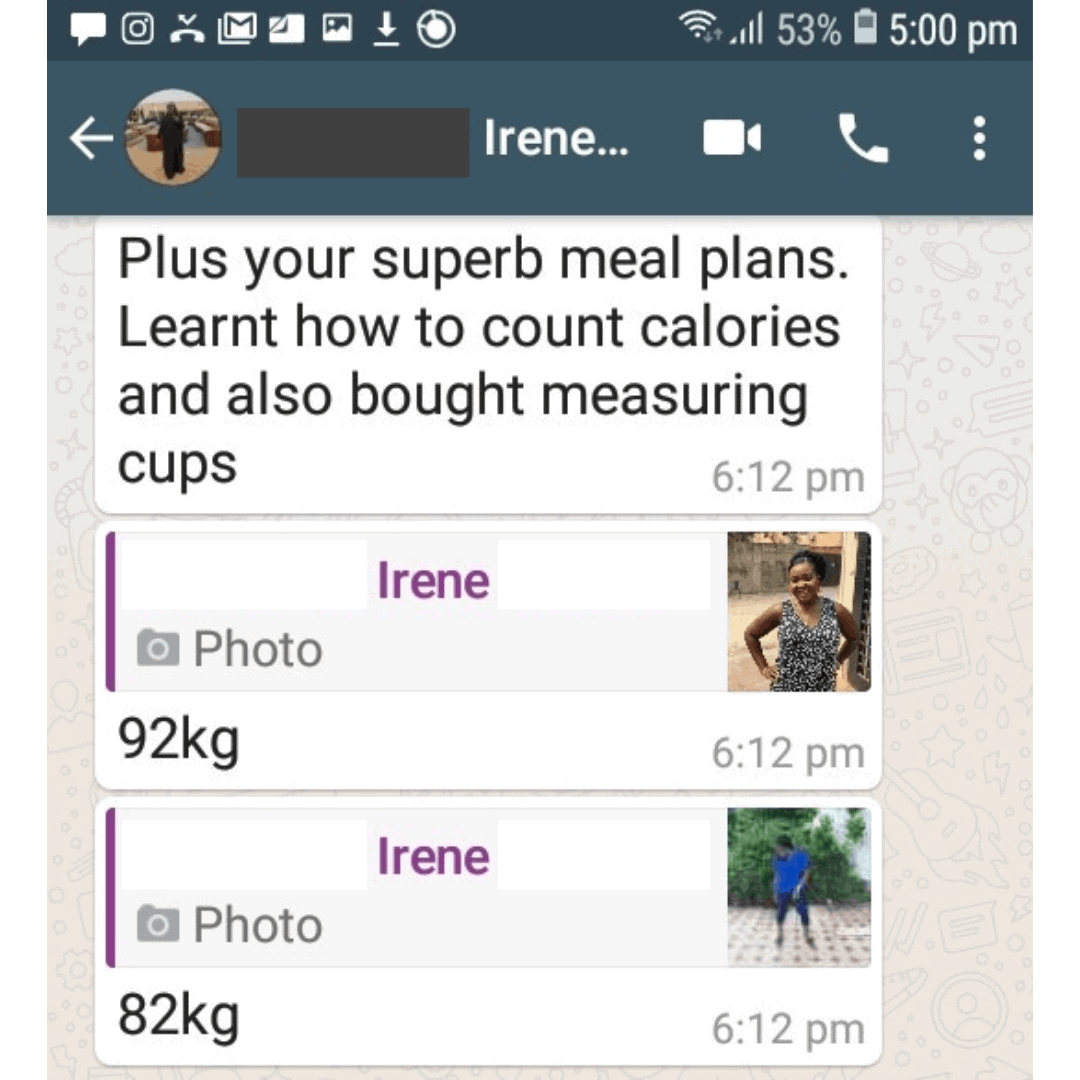 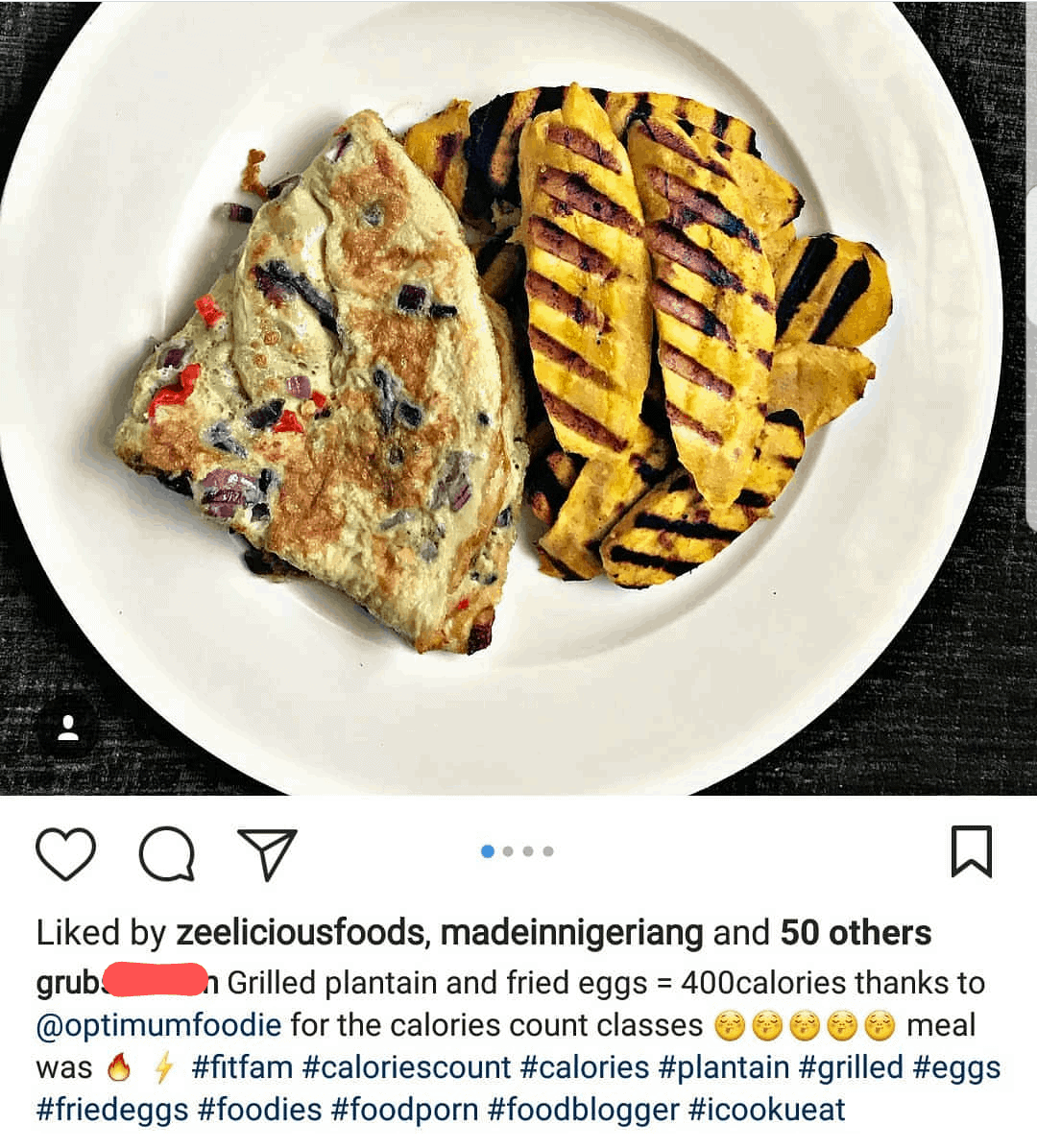 And Grubs Kitchen is using it daily to determine the calories in her meals:

I want to learn how to do it too!

Does this sound familiar?

I don’t eat that much; in fact, I eat once or twice a day…

I eat healthy most of the time, I even stopped eating past 7pm

Every day, I don’t miss my lemon water or apple cider

My exercise game is so on point, sometimes up to 6 times a week!

…still, nothing is happening! Hmmm...

If that sounds all too familiar, stick with me.

My name is Odunayo Abdulai, aka “The Calorie Queen” and I’m here today to share with you my master class on "How to Count Calories Like A PRO! ”

This is my framework, cheat sheets, short cuts and food calories list (almost 300 foods!) that will help you smash your fitness goals on your own terms!

But before I give you access, I want to tell the backstory of how I created it…

I’ve spent OVER 4 YEARS researching, practicing and then using it to help thousands of people.

Years ago, while I was in my final year, I started getting conscious about my belly; I was looking pregnant despite my small frame.

At first I’ll just suck it in, and If I take a photo that doesn’t look right, straight up delete!

Then the wake up call came…

My ex made a funny but “not so funny” joke about me looking pregnant. And I had not even eaten that day!

Of course I laughed it off, but mehn, e pain!

That same day was a friend's birthday, so I was dressed nicely for the photos, but what happened at the end of that day hit me hard.

As I sat down to view all the photos we’d taken, I realised I only liked 4 out of over 20 pictures! Why? My belly!

I really thought I had done a better job of sucking it in, especially after my ex’s comment earlier that day, but nooo, it was not enough!

That was the day for me, something had to be done!

So the first thing I did…

I worked out like crazy, I was doing at least 45min, 6 times a week!

I tried to fix my diet, started including more fruits in general, then I added yoghurt too.

And because operation “belle must go” had to be successful, I started taking some teas as well

But you see, after 15 months of not getting results I was fed up. I had given it my all, what was going on?

That’s where the journey to me becoming the Calorie Queen started!

I found out my biggest mistake ever!

I was NOT achieving a CALORIE DEFICIT!

Simply put, I was eating too many calories - and apparently, if you are consuming more calories than your body needs…You’ll NEVER GET RESULTS. There’s no magic you want to do.

It was honestly that simple!

Another thing I quickly learnt was that -

Consuming too many calories is NOT the same as eating “too much food”. You can eat fair portions and still be in a calorie surplus…

MY MIND WAS BLOWN!
I could totally see why I had been struggling.

I became so obsessed with calorie counting and later became a US certified nutrition coach. Since then I’ve perfected the process, used it to achieve and maintain my fitness goals for over 5 years, and executed it for countless clients with amazing success!

During that time, I gathered all of my knowledge, discovered shortcuts and ways to make it super simple for you

This class gives you everything you need to get the results you want, along with the freedom to eat the foods you actually like.

Don’t make the same mistakes I did

Don’t scramble around wondering what is wrong, or what to do

Don’t waste precious time figuring out all the details

Let me help you achieve your fitness and health goals

I’ll see you on the inside.

-Odunayo Abdulai, Creator of Count Calories Like a PRO! 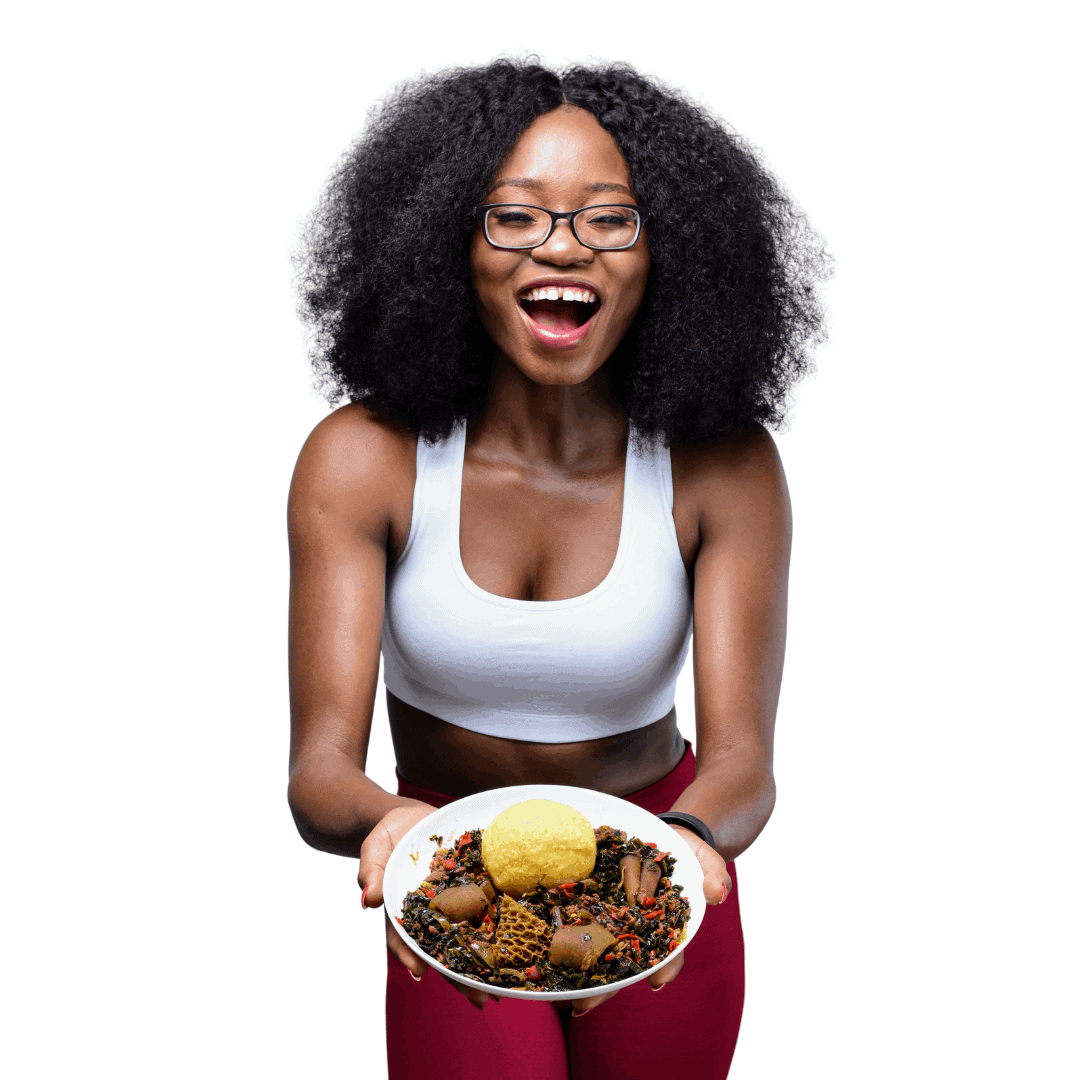 I’m the #1 expert in creating low-calorie Nigerian meals that get results! I’m the founder of OptimumFoodie, I’m certified by the Institute for Integrative Nutrition, US, and best-selling author. Oh yeah I’m also a first class graduate of pharmacy! 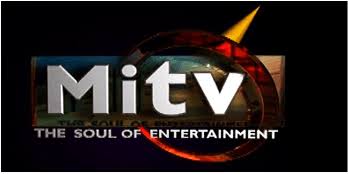 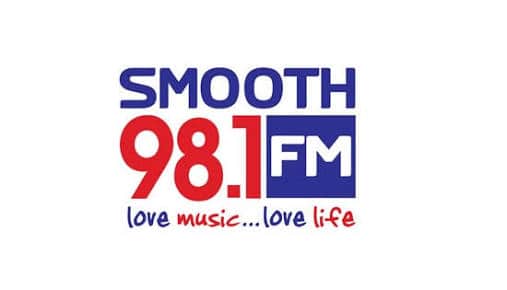 The "How to Count Calories Master Class Like a Pro" provides you an easy step-by-step process to determine calories in your next meal, and every meal after that!

THIS RIGHT HERE IS A GAME CHANGER!

I’m giving you “My Nigerian Food Calories List”. Your got-to resource for calories in 300 Nigerian foods all in one place! Click below to have a look inside:

It contains calories of the foods in different measurements (grams, cups, sizes), and cooking methods, for example boiled Vs fried.  There are so many categories, down to your alcoholic drinks, biscuits and pastries.

You’ll get this when you join the Count Calories Like a PRO Master Class!

See what Lilian has to say 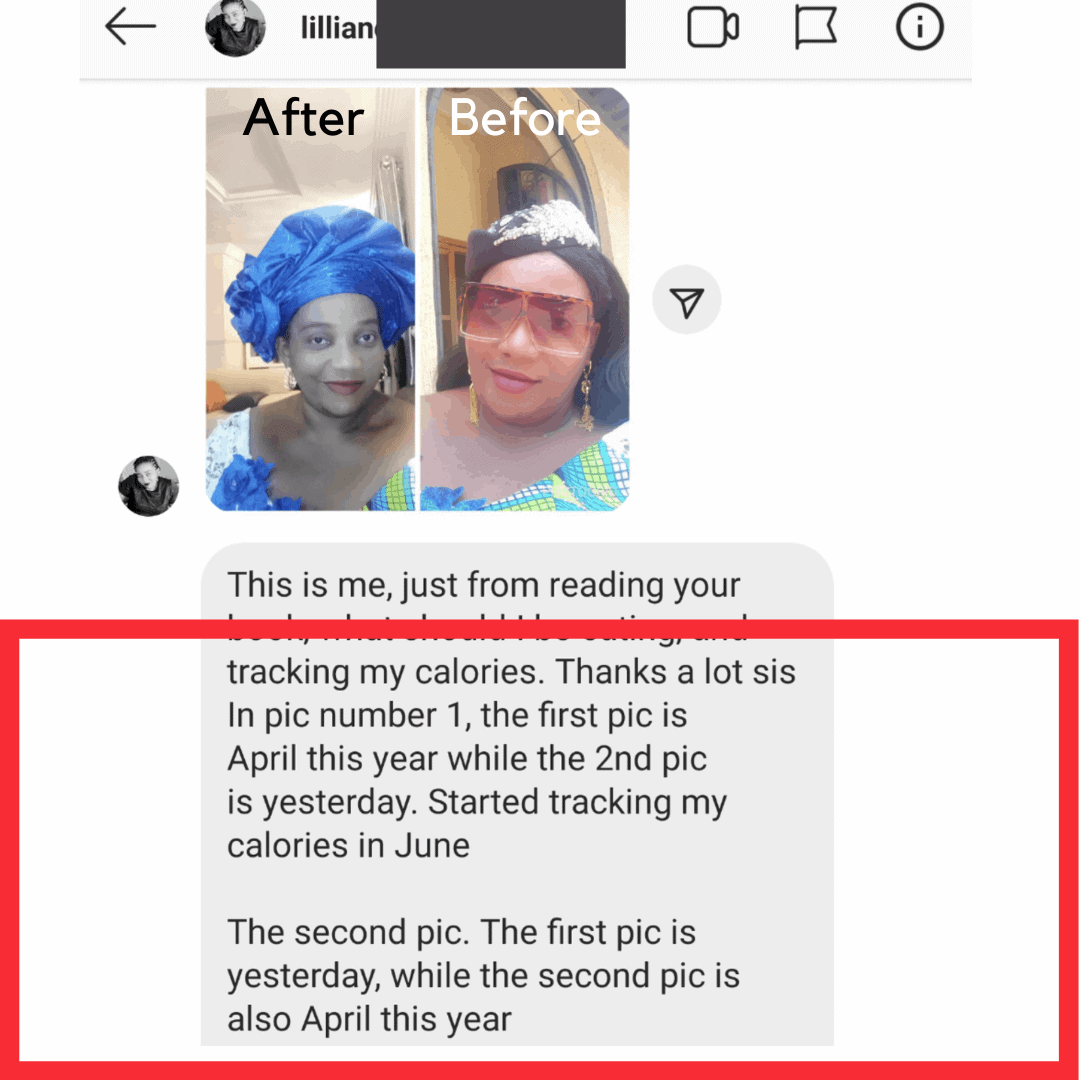 Here’s everything waiting for you inside CCLP master class:

To up your calorie counting game even further, I’ll be providing the following BONUSES completely FREE: 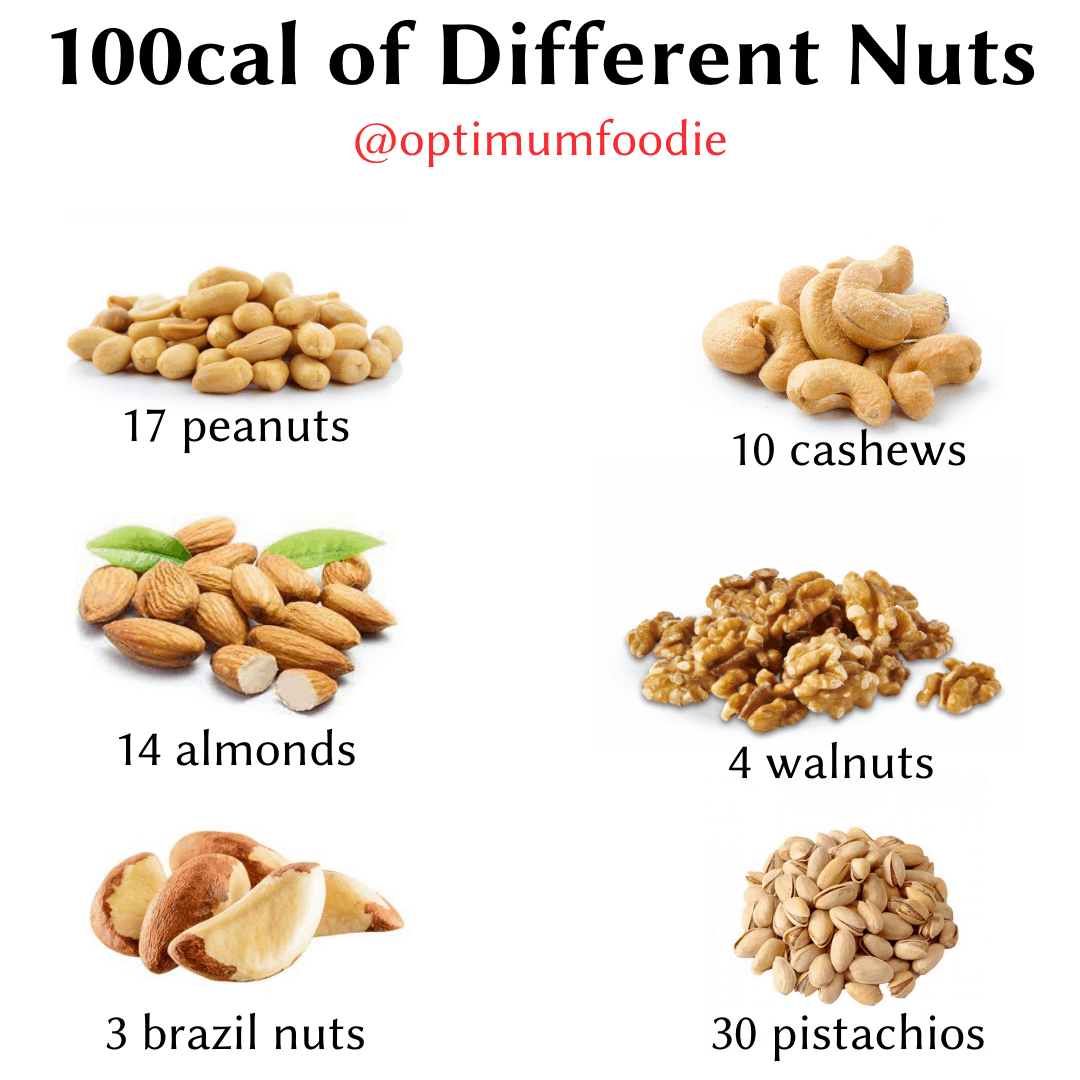 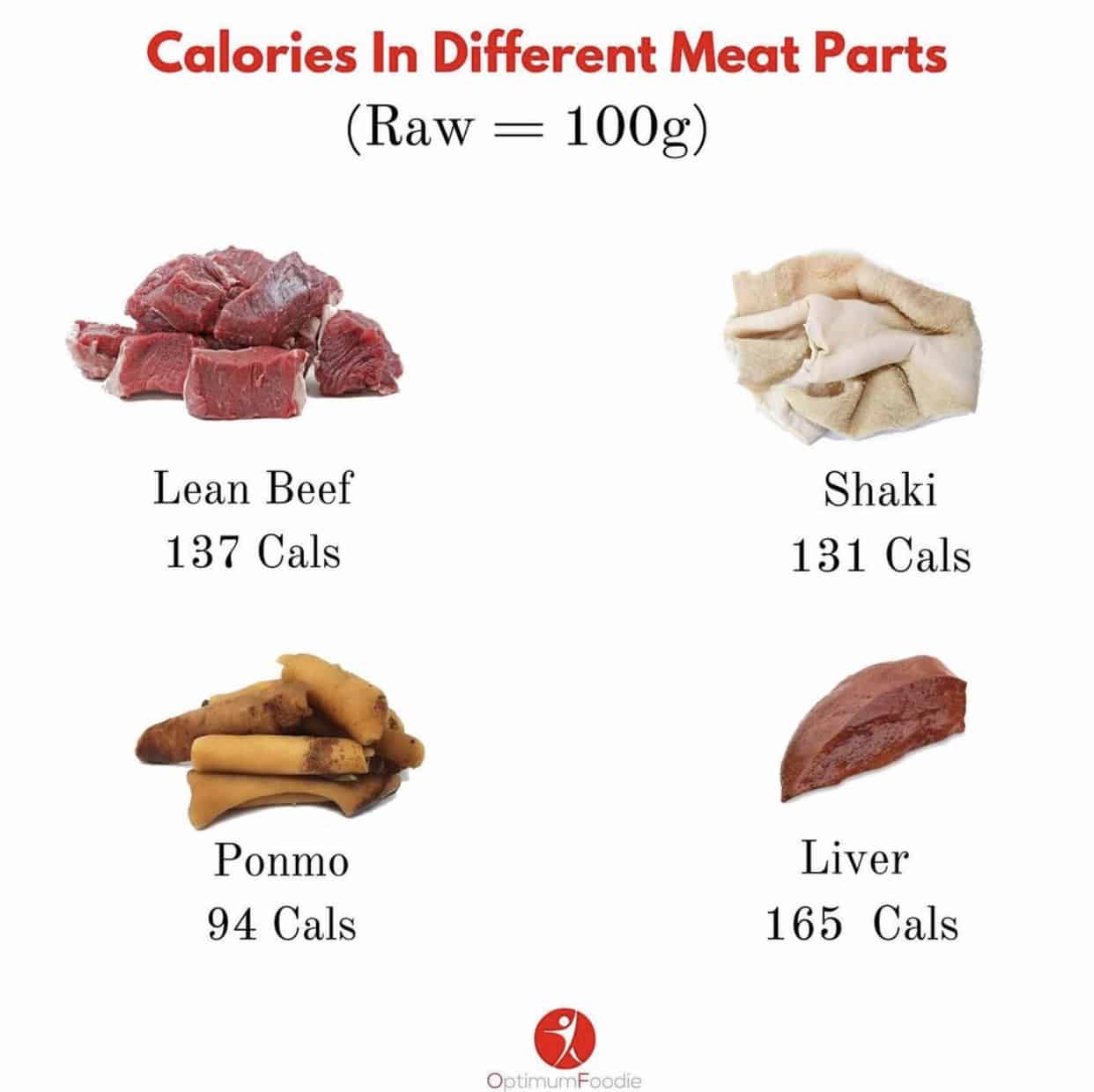 Please note, this class is not about secret formulas… This is about teaching you the only thing that guarantees you fitness results!

Whether you are currently doing or planning to try keto, intermittent fasting, paleo, OMAD, portion control with your everyday Nigerian meals, whatever diet that it is….and I’m teaching the ONE and ONLY thing that makes them all work!

You know what it is already achieving a CALORIE DEFICIT!

Learning this one thing will COMPLETELY CHANGE your fitness journey and up-level your slay game in the weeks to come, as you begin to get the exciting results you’ve been waiting for!

I want to learn how to do it  too!Price jumps back to N10k very soon!

What Others Are Saying About 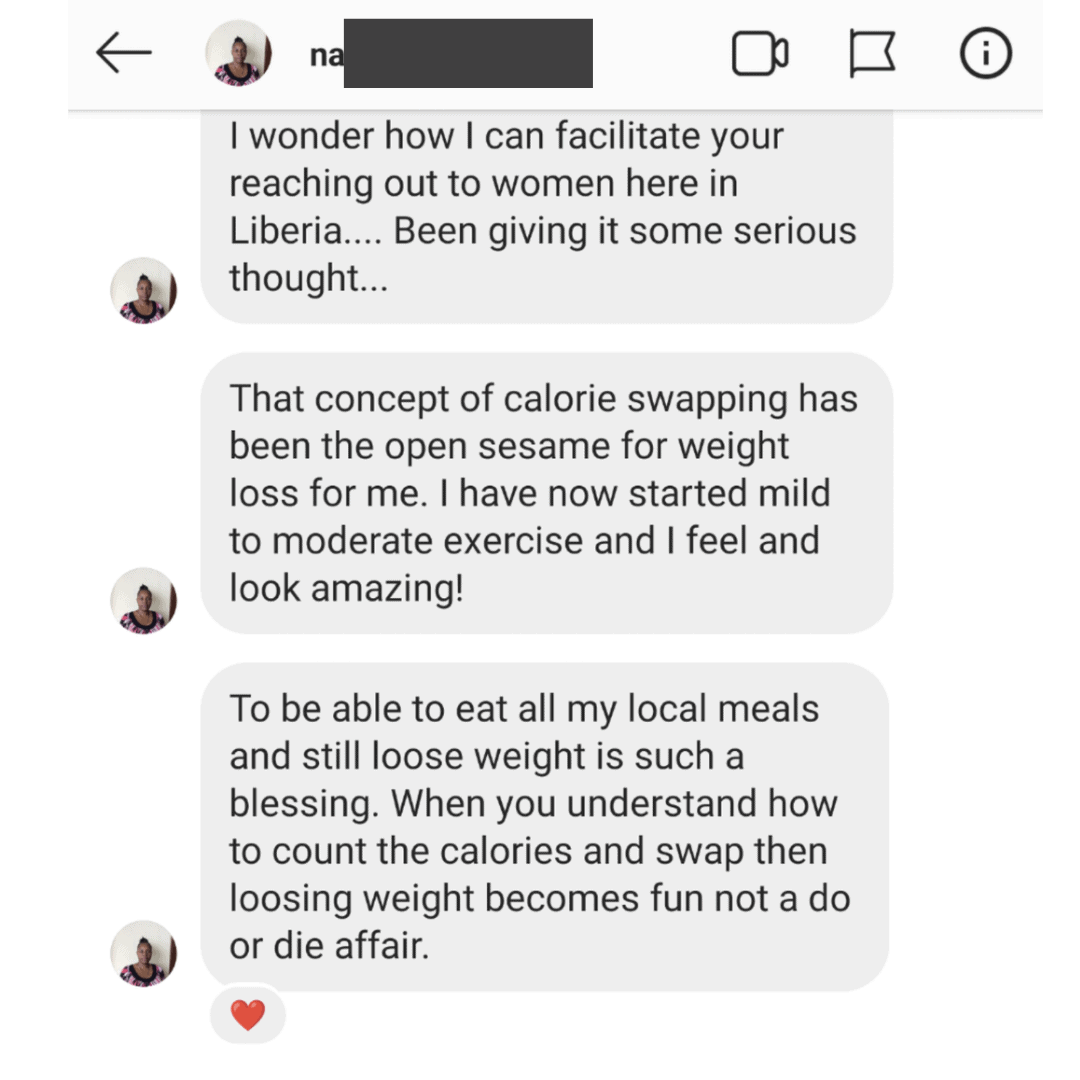 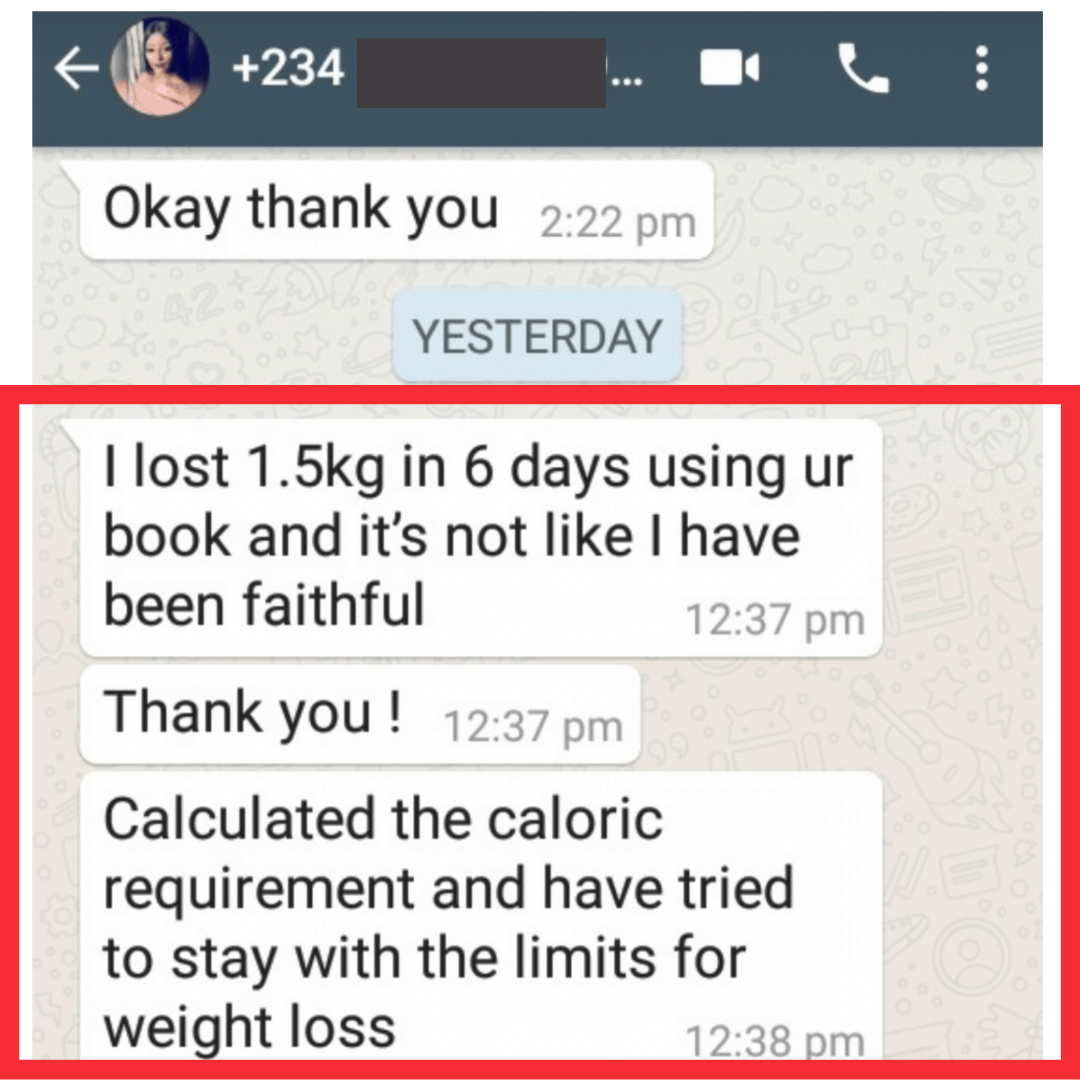 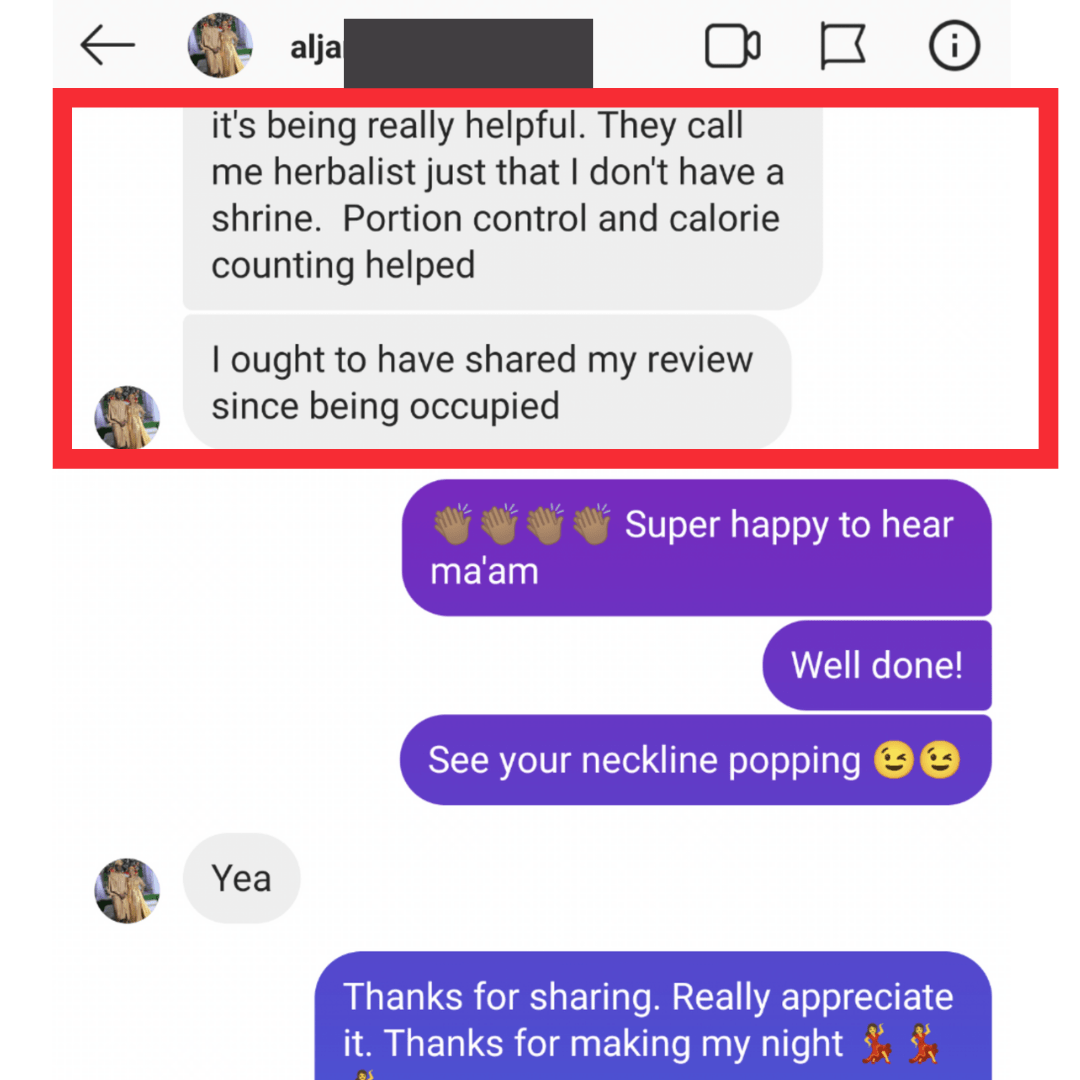 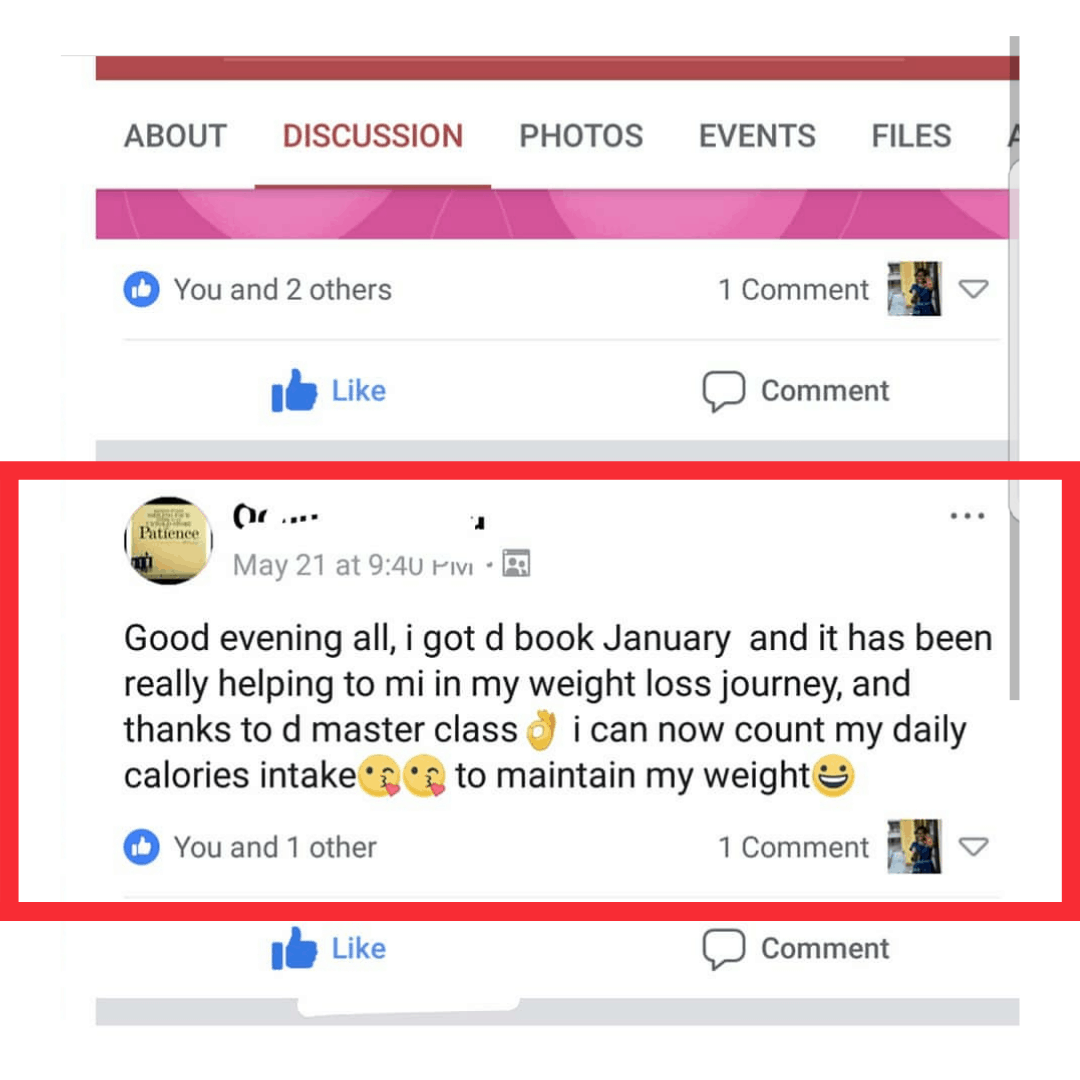 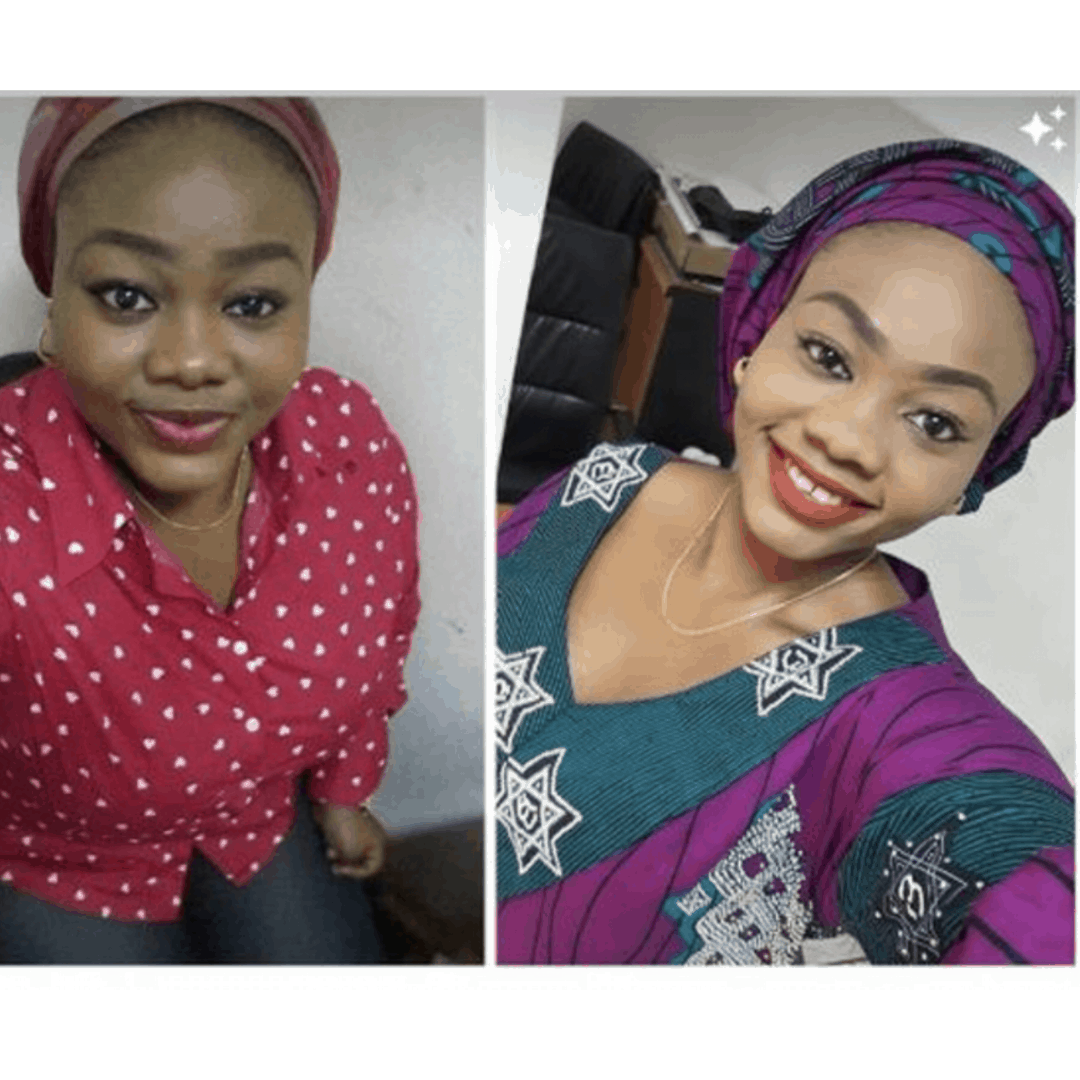 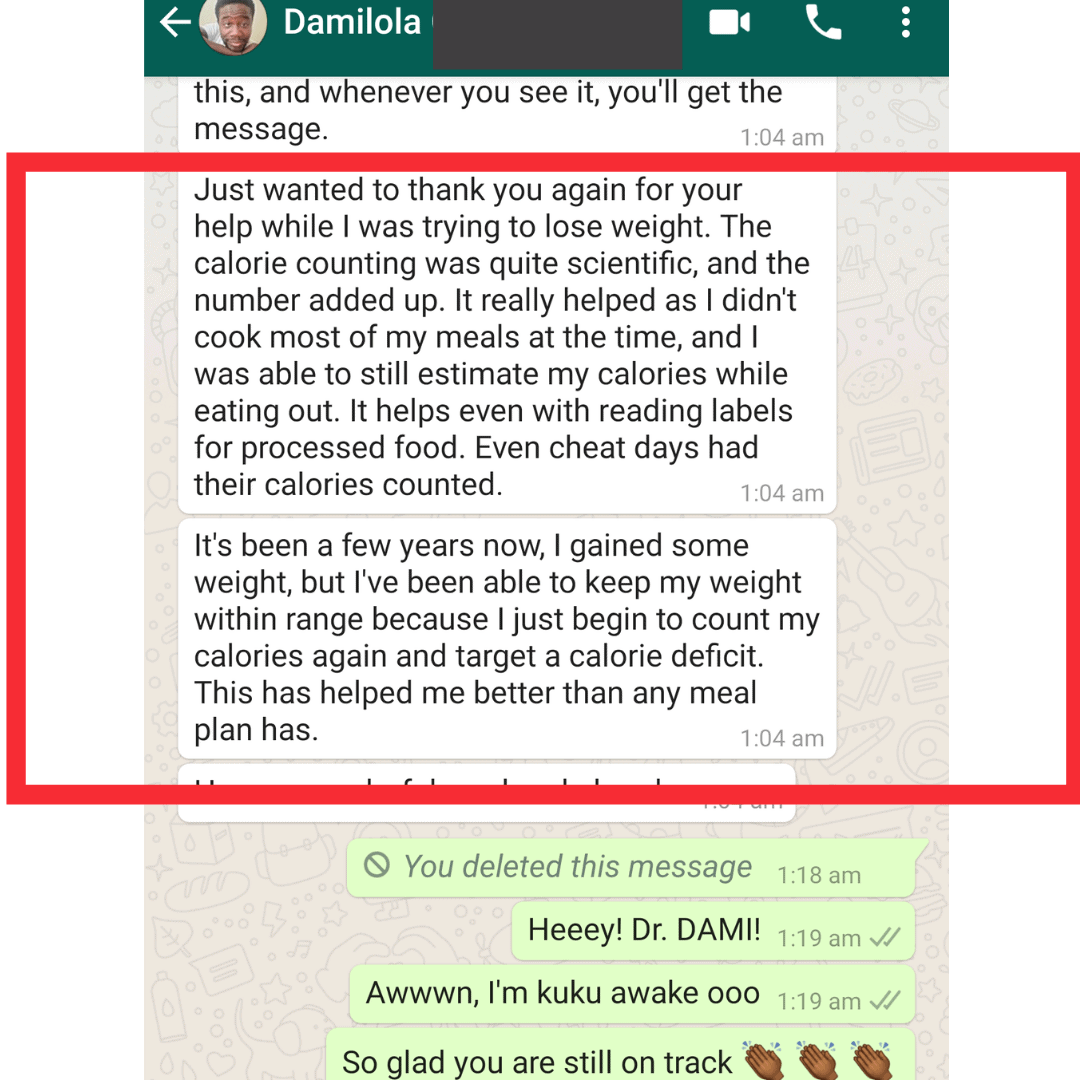 I’m ready! Let’s do this!
Price jumps back to N10k very soon!

Please note, this class is not about secret formulas, or short cuts…this is about teaching you the only thing that guarantees you fitness results!

Whether you are currently doing or planning to try keto, intermittent fasting, paleo, OMAD, portion control with your everyday Nigerian meals, whatever diet that it is….and I’m teaching the ONE and ONLY thing that makes them all work!

You know what it is already achieving a CALORIE DEFICIT!

Learning this one thing will COMPLETELY CHANGE your fitness journey and up-level your slay game in the weeks to come, as you begin to get the exciting results you’ve been waiting for!

GIVE ME ACCESS!
Price jumps back to N10k very soon!

You should NOT miss this class if:

So, if you are exhausted and extremely tired of the continuous trial and error, the hit and miss strategies

and people promising magic and fail formulas to get you the body you want...

Come with me as I equip you with the No #1 skill, I’ve used to ensure my clients smash their fitness goals,  while eating Nigerian meals… even if they eat out frequently, or have little time to cook or exercise.

The Count Calories like a PRO Master Class!
Price jumps back to N10k very soon!

After class you’ll be able to determine calories in the meals and snacks you eat, as well as create low-cal meals like this: 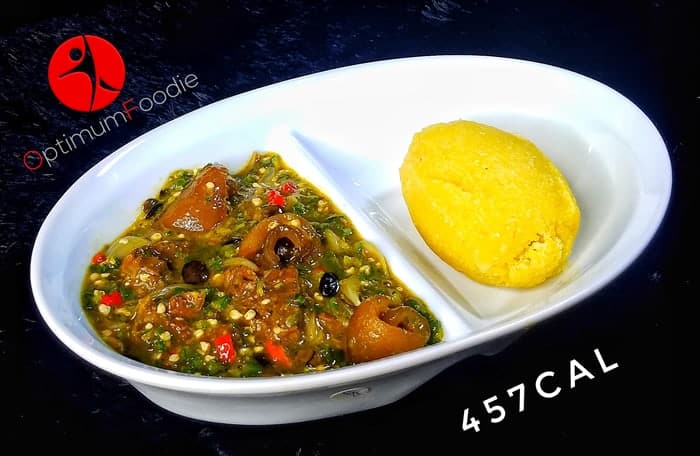 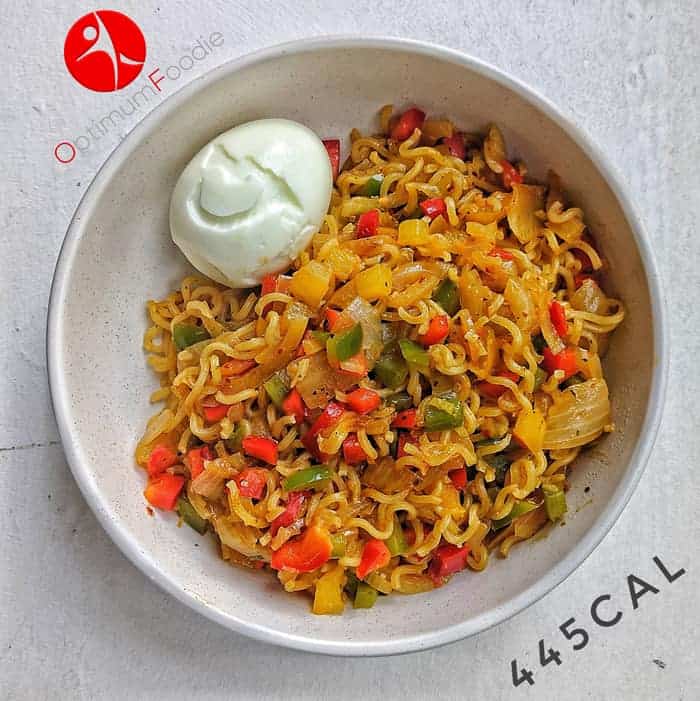 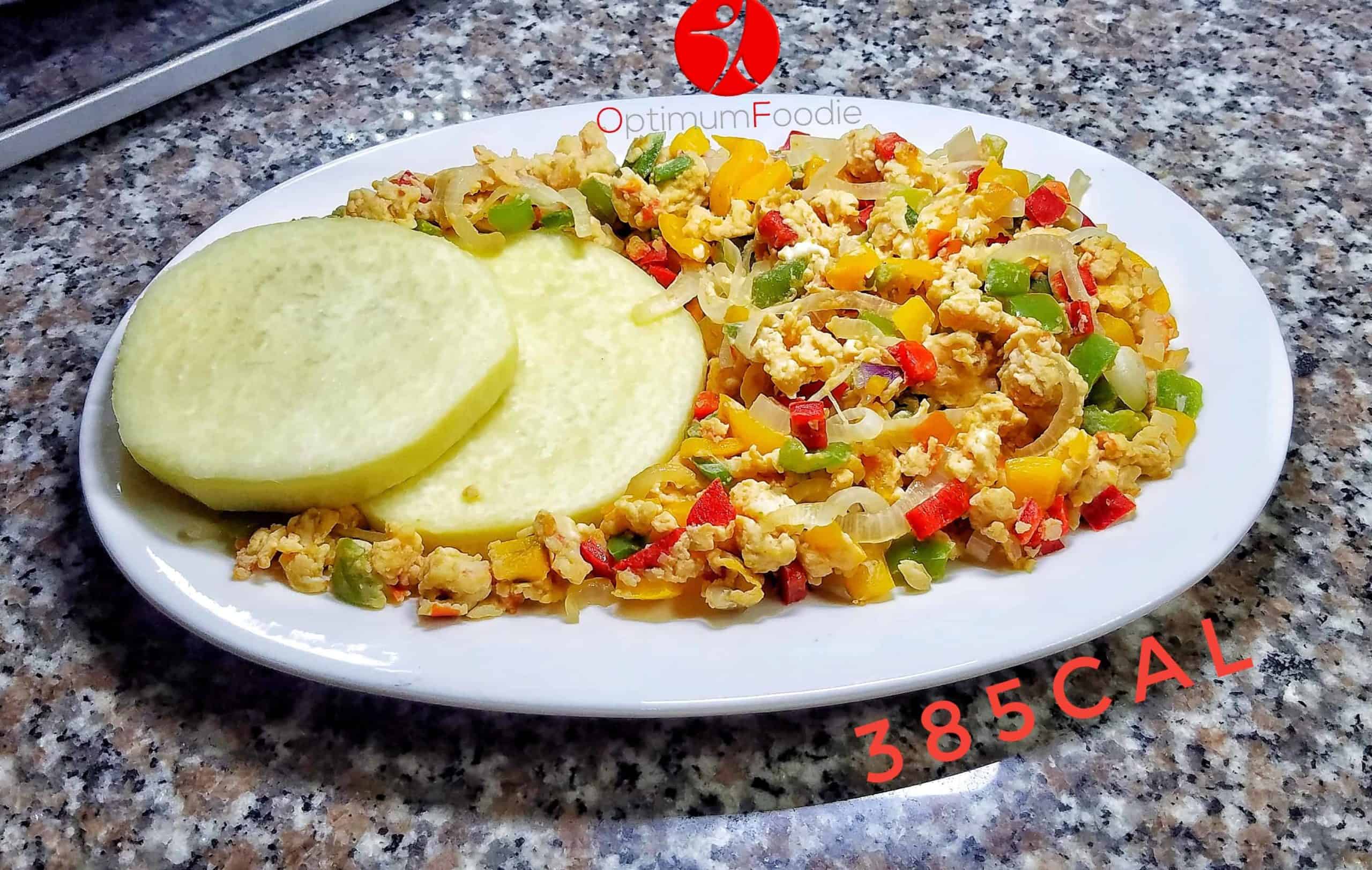 Yes, I want to be able to do this too!
Price jumps back to N10k very soon!

Get Access to My Simple, Proven Method That Has Helped Hundred of People Like You Totally Smash Their Fitness Goals!

...even if you’ve never tried calorie counting before or you currently struggle with it

Count me IN!
Price jumps back to N10k very soon!

When is it holding

You can watch the class anytime, at your own convenience, and you have access to it for a lifetime.

Where is it happening?

It’s an online class hosted on our website. Once you make payment, details on how to access the class will be sent to your email.

Is this a scam?

Nooooo! This is the farthest you can get from a scam. You can check out our presence on both Instagram and Facebook, we’ve been helping people slay their fitness goals since 2017, and we plan to be here many more years to come!

I’m not in Nigeria, can I attend?

Yes!!! If you are outside the country and would like to pay in dollars, GHC or other currencies, please click HERE to make payment. After clicking, there’s an option at the top of the page to pick your preferred currency.

How much is the class?

What if I have other questions?

Please click HERE to chat with us on WhatsApp and ask away!